Our speaker is Aubrey Doede, PhD RN. Aubrey is a Postdoctoral Fellow, Cardiovascular Epidemiology in the Department of Family Medicine & Public Health at UC San Diego School of Medicine. 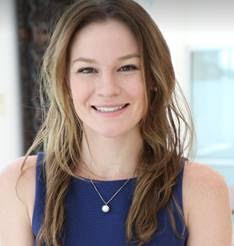 The Imperial Valley region of Southeastern California is one of the most productive agricultural regions in the state and has the highest rates of childhood asthma in California. The lack of precipitation in the Imperial Valley has caused the water level of the Salton Sea to recede to a record low in the modern era. The diminishing water level in an already-arid climate pose a risk of exposing previously-sequestered toxic chemicals to open air, which can adversely affect lung health. Future droughts and heatwaves are expected to rise in frequency and severity, disproportionately affecting those impacted by financial and health disparities. The current research uses meteorological techniques to determine the extent to which airborne dust from the Salton Sea is responsible for the increased rate of pediatric emergency department visits due to asthma complications.