Diana Russell shares her motivation for acting on Climate Change, including her grandchildren!

Diana Russell, MS, BSN, RN, spent her career in acute care nursing, including 25 years as Chief Nursing Officer and Chief Clinical Officer. At the same time, she became increasingly concerned about climate change, leading her to start a chapter of the Citizen’s Climate lobby in her community in California. Diana describes the Citizen’s Climate Lobby, and how her professional and nursing skills influence this recent chapter of her work. 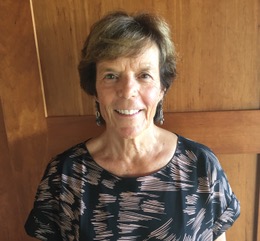 Diana received her RN degree from Iowa Methodist Hospital School of Nursing, her BSN from the University of Iowa.  After graduating from undergraduate, Diana moved to San Francisco, California and worked as a critical care nurse in the pubic sector while also working on her graduate degree at San Jose State University.  After several years in middle management, she moved into a senior management position in the private sector.  Diana was a Chief Nurse Executive and Chief Clinical Operations for 16 years, leading her hospital to become a Magnet Hospital.  Following my retirement, Diana co-founded her local chapter of Citizens’ Climate Lobby, a non-profit, non-partisan grassroots advocacy group.  She is active in this local chapter as well as the national Health Action Team.  This work allows her to continue to contribute to the health of her community and our world. 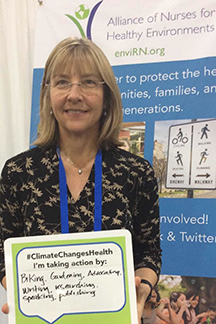 Jessica Madrid – Live as if we were connected to everything around us. Jessica resides with her spouse and young son on […]

Listen to Tom Engle’s wisdom and humor in this wide-ranging conversation about nursing, public health, and environment. Tom Engle, MSN, APRN, is a retired […]